What Are Our Children Listening To? 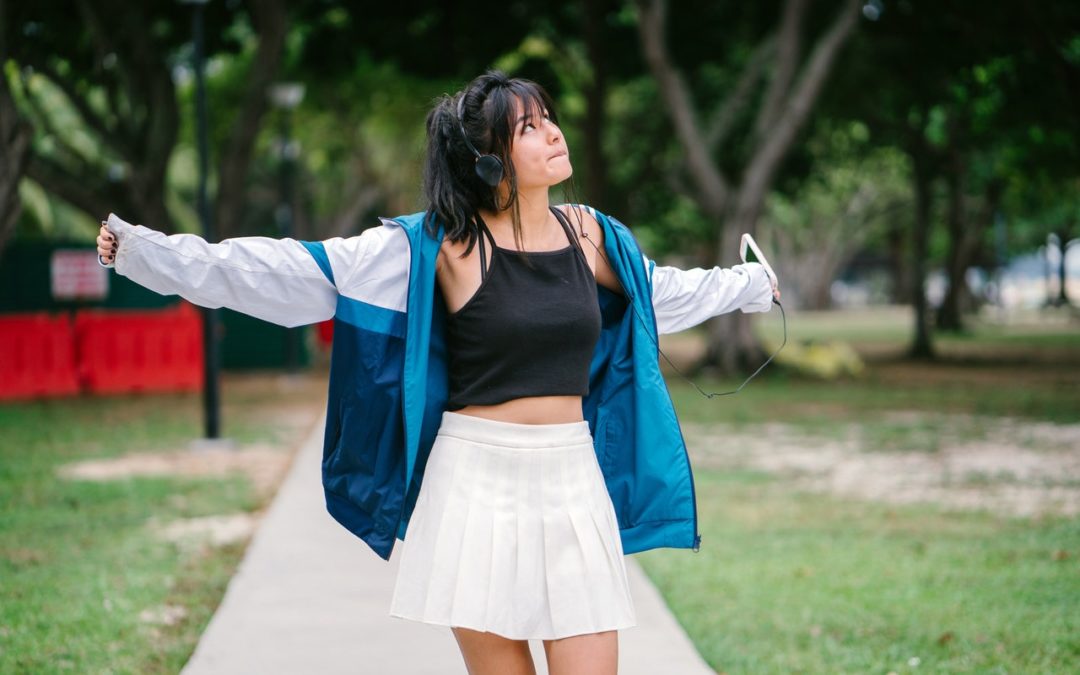 A few weeks ago I was whistling the tune Pumped Up Kicks by Foster the People, and one of the students asked me, “Mrs. Goodwin, Did you know that song is about a boy going on a shooting spree?”

“What? No way!” I raced over to my computer and looked up the lyrics and sure enough he was right.

I couldn’t believe I’d been singing that. How is it that mainstream pop radio stations play this song at least ten times day?

Besides being appalled, I also felt like a real chump. Truth was the singer did nothing to disturb my expectation of pop music. The song is happy and upbeat; it’s a catchy tune. I didn’t bother to learn the words. I just whistled along. The reality was the subject matter of the song’s lyrics weren’t important to me. It was all about the feelings projected by the singer’s tone of voice and inflection. Here I thought I was whistling like Snow White. What I really was whistling was violent and highly subversive. Which got me thinking…what is the role of music in our children’s lives and should we be worried by what they are listening to?

Back in 2005 I attended a panel called Instruments of Freedom presented by the LBJ School. I liked the panel so much, I got the DVD. The panel consisted of many famous local musicians: Jerry Jeff Walker, Marcia Ball, David Garza, Carolyn Wonderland, Sarah Hickman, Harold McMillan, Tony Scalzo and Kinky Friedman plus several UT professors. They sat around talking about the politics of music. What they said about hip hop still stays with me.

One of the UT professors (a Caucasian) said, “For me, the best music at present in every genre from hard rock to hard core punk is hip hop. Hip hop music doesn’t just legitimate dissenting outrage. It makes it a pleasure.”

Harold McMillan, (an African American musician) piggy backed on the professor’s statement. He said, “This happened a few years ago. I was at a stop light on the drag. And there were some white kids in a jeep next to me. And they were jamming to NWA. (I’m not saying what that stands for—it is highly offensive) These boys from Compton were cursing these white guys out who were listening to them. I’m like do you know what they’re saying to you? And they either didn’t know or didn’t care. Or maybe they wanted to be black kids. I don’t know what the deal was. That was something that always amazed me.”

And Tony Skalzo (a Caucasian and singer of Fastball) responded, “I was literally attracted to the freedom in that music, to the ability to say those things. It’s such a lowest common denominator in a way. There is no other way to put those sentiments. That’s one of my favorite records, Straight out of Compton, and I wasn’t a rap fan at all. I was a young adult, about 24 and it was the first rap that I really went man, this is amazing. It’s not like I wanted to be black, it’s wanting to identify with the realness and that real part of our world and our culture.”

Then Jerry Jeff Walker chuckled and added, “Yeah, and kids have always liked something that makes older people mad.”

And now back to 2012…who the heck is Kid Cudi? I have heard his name on countless occasions. Kids write on his Facebook wall. They quote him. Today I looked up his bio on Wikipedia. Here are some of his hits: Day ‘N’ Night, Mr Rager, Marijuana, Maker Her Say, Soundtrack 2 My Life. Again I felt that sudden moment of shock. This is what 12-year-olds are listening to? I looked at the lyrics to some of these songs and Oh my gosh. I’m not going to repeat them. I’ll let you look for yourself. (At which point you’ll need to open a new tab on your browser and look up urbandictionary.com. You’re going to need it.)

If you have the stomach for it, now watch the music videos. Of course the marijuana song is him walking around smoking marijuana. Interestingly enough in the video <em>Soundtrack 2 My Life</em>, I noticed in most concert footage he is singing to all white teenage audiences. (I think back to the Harold McMillan’s NWA story.) I don’t know what the deal is still. Its very curious.

Are our kids listening to these songs and absorbing these lyrics like toxins? Or are they like me with the Foster the People song, humming along to a cool tune, having no awareness of what the lyrics are actually saying? How worried should we be? Is it worth making effort to examine the lyrics with your child?

Of course it is if you can figure out what they’re listening to and can monitor it. But the music industry is banking on the fact that you can’t keep up. With Iphones, Ipads and downloads, its really hard. Monitoring their music consumption could be a full time job.
If you are fortunate to have the occasion to sit down with them, there are many talking points from which to launch (especially if you also watch the music videos). Hip hop in particular is often devoid of morality. Kids are expressing themselves through every human vice and animal nature. Referring back to Tony Skalzo comment, “It’s a lowest common denominator” phenomenon. Here are some of the questions I might ask:

What attracts you to the music?
What feeling do you get from listening to it?
What do you think the artist is trying to say?
Why is the artist so popular with your generation?

If you don’t have the time to do this, don’t feel guilty. I’m pretty certain if you asked your child to sing you the lyrics of their favorite hip hop songs, they won’t know the lyrics. Or they’ll mess them up. Or they’ll only get a few words right. Or they won’t know what all the words mean. Or they’ll just know the chorus. The panel and my own experience with music have taught me that it’s not as much about the lyrics. If a song has a good rhythm and a catchy tune, we’ll whistle right along.

And again, remember, kids don’t look to musicians for lessons in morality. They look to parents and other trusted adults for lessons in morality. What impresses kids about singers is their ability to say whatever they want to no matter how violent, inappropriate, sexist and racist it is, and there are no teachers or parents there to make them stop. Quite the contrary, some adult has given them a microphone, a captive audience of thousands and millions of dollars to say offensive things. It is quite a remarkable phenomenon if you think about it.